When you're buying a new firearm and have decided that you'll opt for a revolver over a semi-automatic pistol, one of the biggest things to consider is the capacity of the gun. Revolvers have a lower capacity than their semi-auto counterparts, so you'll need to give some thought to what will work best for you. As you browse the different revolvers in your price range, you'll commonly see capacities of six, seven, and eight shots. There are strengths and weaknesses of each, so give some thought to these three particular areas.

Your Need For Repeated Shooting

Thinking about how you plan to use your new revolver can go a long way toward helping you decide which capacity you should choose. Some gun owners want to be able to shoot as many shots in succession as possible. This is ideal, for example, if you're buying your revolver for target shooting at your local range. A six-shot capacity will leave you needing to reload many times throughout a single shooting session, so you're likely better off going with a revolver that can carry eight rounds.

One important detail to know is that as a revolver's capacity increases, the caliber will often decrease. For example, .45 rounds are significantly larger in diameter than .22 rounds, which means that if a revolver is to have a larger capacity, more smaller-caliber rounds cab fit. Consider if you ever plan to use the weapon against an assailant. For example, you might be buying the revolver to keep in a gun safe next to your bed and use as a home-protection weapon. In this scenario, you want as much stopping power as you can. While a .22 round can certainly stop an assailant, something in a higher caliber does a better job in this area. You may be willing to sacrifice capacity for caliber in this scenario.

Your Manner Of Carrying

Perhaps you'll only be carrying your revolver in a case to and from the range. However, if you plan to conceal-carry the revolver, the capacity of the gun is important because it affects the bulk of the cylinder. You'll often find that guns with a higher capacity have a larger cylinder than those with a smaller capacity. Depending on the design of the revolver, the bulk from a larger cylinder may not be suitable for you to carry in a concealed manner. In this case, you may prefer a revolver that holds fewer rounds but is slimmer.

Getting Along With Teammates

Getting Along With Teammates 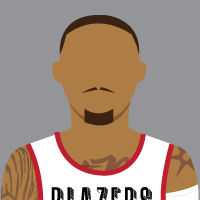 I have always loved recreation and sports, which is probably one of the reasons I continued to join teams, even throughout my adult years. Unfortunately, after a few months, it occurred to me that I wasn't always getting long with some of my teammates, which is why I started focusing on improving my relationships. I started learning more and more about sports and recreation so that I could stay level-headed during arguments, and started focusing on becoming a better team member. This blog is here for every outdoor recreation and sports enthusiast. Check it out for great information that could change your life.

When it comes to carrying around equipment for out …

A wooden swing set can become one of your child's …

Taking a CBD product from your local cannabis disp …

Attending a professional football game can be an e …

If you're a deer hunter, one idea that you might b …